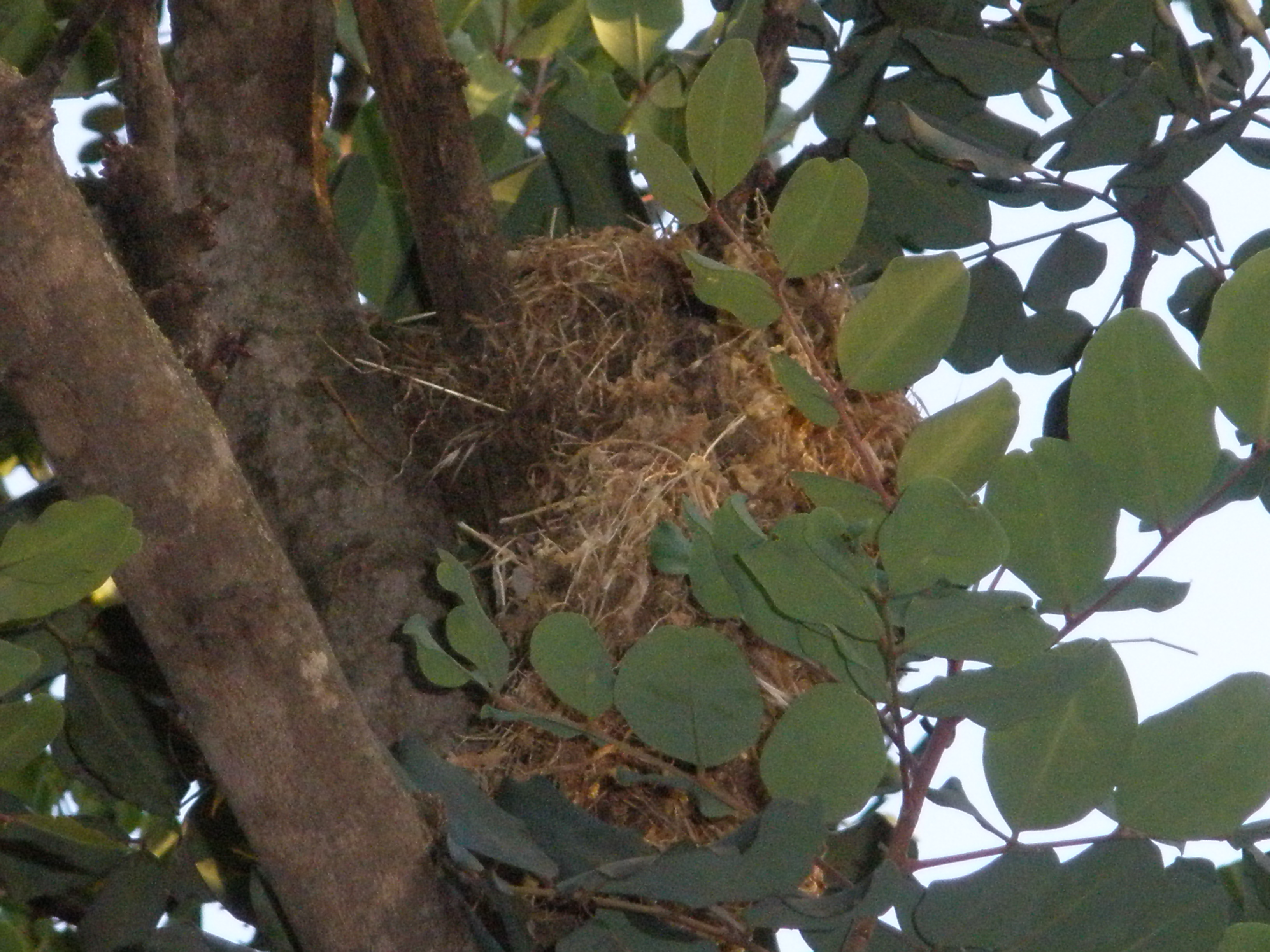 The Mother Bird and Her Nest

The attribute of rachamim, compassion and mercy, which G-d promises Israel in Parashat Ekev, is a fundamental and noble one in Judaism. It includes a complete network of 13 elements – The 13 Divine Attributes of Mercy – that we recite in our daily prayers and at times of tribulation. They are listed in the Torah as characteristics of Hashem's benevolence in dealing with the Nation of Israel:

One of the Torah's cardinal mitzvot is that of learning from G-d and trying to emulate His ways, as is written: "You shall walk in His ways" (D'varim 28,9). Our Sages explained: "Just as He is merciful, you too should be merciful, and just as He is compassionate, you too must be compassionate." (Sifri, Ekev 49)

This sounds like a perfect explanation for the famous mitzvah of shiluach ha'ken, sending away a mother bird before taking her eggs or chicks: The Torah commands us to show compassion by not taking away her eggs as she tends them. In fact, however, the Mishna tells us that this is precisely not the case:

If someone praises G-d by saying, "Your compassion is so great that it extends even to birds," we must silence him. (B'rachot 33b)

That is, if a prayer leader says, "Master of the Universe, just as You pity a bird's nest, please also have mercy upon us," the other worshipers must silence him. The Gemara explains that one who says this is making a grievous error by implying that G-d's commands are rooted in mercy, when in fact they are none other than Divine decrees.

But does this not contradict what we said above? We saw how the 13 Divine Attributes are based on mercy and compassion! Why may we not imply that this mercy extends even to birds?

To resolve this difficulty, we must delve deeper into the definition of the attribute of mercy. We know that though it is a very beautiful and positive trait, mercy is also sometimes an expression of human weakness. It is hard for us to see suffering. Our sensitivity and discomfort, coupled with a measure of softness, make it difficult for our conscience to witness suffering, and push us to mercifully intervene.

We certainly cannot attribute this type of soft human weakness to Hashem. To what trait, then, is the Torah referring when it says that G-d is “merciful and compassionate”?

The Rambam, in his Guide to the Perplexed, explains that the Torah commandment of sending away the mother bird stems from the trait of mercy – but not from G-d's mercy for this specific bird. Rather, via this mitzvah, G-d wants to teach us to be merciful in general – not out of weakness, but rather to repress the inclination that we may have to be cruel, and to develop meaningful compassion in its place.

In a sense, we can say that Hashem has mercy on us by guiding and teaching us how to be merciful.

Furthermore: This prohibition teaches us that we must not take negative advantage of these wondrous moments in which the mother bird fulfills its role in the world in settling and building the world. This creature is busy raising the next generation of little birds, and pays no mind even towards saving herself from those who come to hunt her. She is fulfilling G-d's will in building and settling the world. To take cruel advantage of this special moment for our own physical needs would be a clear-cut desecration of a sacred moment.

Taking a more comprehensive view, we can say that the Torah's commandments, as G-d's will, are geared towards guaranteeing the development and existence of the world, and towards raising people up to the highest levels of morals and faith.

"He Will Give You Mercy"

Let us take a closer look at the verse with which we began:

The following story recounted in the Talmud sharpens the point:

A calf was being led to the slaughter. At one point, it managed to slip away and run to R. Yehuda HaNasi (Rebbe), putting its head between the folds of his cloak, purring and crying as if to say, "Please save me!" Rebbe took hold of the calf and brought it to the slaughterer, telling it: "Go to him; it was for this that you were created." It was then decreed in the Heavens that because Rebbe was not compassionate, suffering would come upon him.

From that day on, Rebbe underwent a period of terrible suffering. Several years later, something happened to again change the picture. A litter of little weasels was born in his house, and one of the servants came by with a broom, planning to get rid of them. Rebbe said to the servant: "Leave them be, as is written: 'His mercies are upon all His creations' (Psalms 145,9)."

It was then decreed in the Heavens: "Since he is compassionate, he also deserves Heavenly mercies himself." And from that day on, the disease he had contracted began to be healed. (Bava Metzia 85a)

It sounds as if one must be compassionate merely in order to receive compassion in return. Can this be the only reason why the Torah teaches us to be kind?

From Mercy to Justice

It appears intuitive that before a person prays to G-d for mercy, he should himself act compassionately towards others. This would seem to be what the Sages mean when they teach that whoever has mercy on others will be the subject of Heavenly mercy. Before we come to G-d with requests, we should make sure that we are deserving – at least in the very area in which we are asking for Divine favors. This is a simple requirement of personal integrity and clean-handedness.

Let us proceed from here towards a more profound concept. When one has mercy on others and G-d consequently shows him mercy, this is midah k'neged midah, measure for measure; justice is served. When G-d is compassionate to this person, it is not simply "mercy," but rather pure justice; he has earned the right to be shown mercy. This means that by exercising our own mercies, we can turn G-d's compassion towards us into justice and the letter of the law. This is clearly a step up on the ladder of Divine supervision, for Justice is on a higher rung than is Mercy.

The Gemara cites a fascinating example of this (B'rachot 20b):

The ministering angels told the Holy One, Blessed be He: "Master of the Universe, it says in Your Torah that You 'will not give special consideration and will not take bribes' (D'varim 10,17). But You do show special consideration to Israel, as is written, 'May Hashem turn His countenance towards you' (Bamidbar 6,26). How can You explain this?”

G-d answered: "How can I not show them special consideration? I wrote in My Torah that they should thank Me for food and recite the Grace After Meals only after they are satiated, as is written: 'You shall eat, be satiated, and bless' (D'varim 8,10). Yet they are strict with themselves and recite the Grace even if they have eaten only an olive's worth or an egg's worth (28-57 grams)!"

The Jewish People took upon themselves to recite Birkat HaMazon after eating even when they are not technically "full." They thus go beyond the letter of the law, and therefore they deserve to have Hashem treat them beyond the letter of the law. This is, again, midah k'neged midah – producing the fascinating situation in which G-d treats us with mercy in accordance with strict judgment!

Now let us turn our attention to the difference between rachamim, mercy and chessed, kindness. Rachamim is specific to a particular object or person. In Hebrew, this term can be used as a transitive verb, as in the verse in Micha 7,19, ישוב ירחמנו, which literally means, He will once again 'mercy' us - that is, He will have mercy upon us. But this is not the case for the word chessed. There is no way to "kind" someone in Hebrew; one can only "show kindness." The word refers to straight-out giving, with no need to relate to the receiver of the kindness.

For an example of kindness, consider the light of the sun. The sun gives its light and warmth to all in an equal manner, with no particular consideration for any specific person or object. Even if there were no one to benefit from the light, the sun would still shine. Kindness does not relate to the recipient; it is egalitarian. Compassion, on the other hand, is dependent on someone needing it; it must have a target. Rachamim is more direct and specific, while kindness, chessed, makes no such distinctions. In
G-dly attributes, the trait of chessed is therefore higher than mercy, and higher than justice as well. As is written:

However, egalitarian kindness appears to be problematic, for it reaches even those who do not deserve it. This issue can be at least partially resolved, however, when we make sure that we ourselves are worthy and deserving.

We thus establish a three-rung ladder: On the first rung, we teach ourselves to be compassionate and merciful; G-d will then have mercy on us to the same degree. This enables us to ascend to the second rung, that of justice and law. This is the "attribute of justice," in that it comes in the merit of, and in payment for, our good deeds.

From here, the way up will be paved towards the third rung: acceptance of the highest level of Divine kindness, that which fills the earth without distinction – for G-d created the world in order to grant goodness to the maximum extent. We thus raise up the Name of G-d from rachamim (mercy) to tzedek (justice), and from there even higher, to untainted chessed (kindness). This is precisely what Moshe Rabbeinu said in his prayer to G-d after the Sin of the Spies:

These three levels – compassion, justice, and kindness – find their expression in man's traits as well.

The first level is the pity that we show towards those who need our help. This "softness of heart" that we sometimes feel is certainly a positive trait, but it has a drawback: When we feel pity towards someone, it often comes together with a slight feeling of superiority over that "poor soul" who needs our help.

It is therefore best not to remain on this level of simple compassion, but rather to climb up a rung. We must realize and teach ourselves that G-d gave us the ability and the wherewithal to help someone else for a reason – namely, so that we may be able to fulfill our mission of helping him! The poor person, or whoever we are commanded to help at any given time, is worthy of our efforts by rights, and not because we are simply being "compassionate." We received the ability to help others from G-d not as a free gift, but as a responsibility that we must fulfill according to the "manufacturer's instructions." This, then, is the second level, that of justice – giving to others what we are commanded to give them.

But there is yet a higher level to which we must climb. It is the level of kindness in which we give to others secretly - matan b'seter - without even knowing to whom we are giving. For instance, when we put coins in a charity box, we have no idea who will end up benefiting from our help. We are showing kindness and mercy – but we don't even know to whom! On this level, we fulfill our job of giving and helping others with the highest and most powerful expression of the trait of kindness.

As so aptly described in the Prophets: