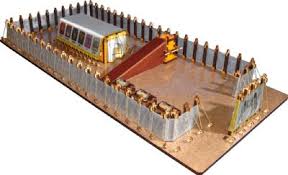 “I Have Called Him by Name”

Parashat Vayak’hel recounts the construction of the Mishkan, the Tabernacle in the desert. The work was overseen by Betzalel – the first leader in Israel ever to have been chosen with the consent of the people.

Up until this point, Moshe and Aharon led the nation by exclusive appointment of Hashem. They shaped the Nation of Israel in the spirit of prophecy, with instructions received directly from Hashem. Every step of the way was taken in coordination with G-d. But now that the nation has come into its own, the leaders are to be appointed differently. The time has come for Betzalel, the man of Divine spirit (Sh’mot 35,31), to build the Mishkan and its vessels, and to make it the foundation for the dwelling of Divinity in Israel – but his appointment is to be dependent upon the people’s consent.

This is how our Sages, Chazal, explain it in the Talmud:

G-d said, “Nevertheless, go and tell [discuss it with] the people.”

How do the Sages derive from the cited verse that Betzalel’s appointment was dependent upon the people’s will? The answer is from the word ראו, the plural imperative form of the word “see.” Bnei Yisrael were told to “see” Betzalel’s Divine appointment. To understand what “seeing” means in this context, let us return to the story of Akedat Yitzchak, the Binding of Isaac. When our Patriarchs Avraham and Yitzchak were on their way, Yitzchak innocently asked his father: “Here are the fire and the wood, but where is the lamb for the sacrificial offering?” (B’reshit 22,7) Avraham answered:

G-d will choose [for] Himself the lamb for the sacrifice, my son. (verse 8)

The word יראה is used here to mean “will choose,” in the sense that He will provide the lamb that is נראה לו, acceptable in His eyes. The same root “to see,” meaning “to choose,” is also used twice in connection with Betzalel’s appointment. The first time is in Parashat Tetzaveh, where G-d tells Moshe:

The imperative to “see” means “choose” - or in other words: “Do you agree?” The second instance is in Parashat Vayak’hel, where Moshe says to Israel:

Again: Israel is told to “see,” meaning to “choose;” Israel is asked, “Do you agree to the appointment of Betzalel?”

Now that we have identified the key word in the appointment of Betzalel as head builder for the Mishkan, and have ascertained that his appointment was dependent on Israel’s agreement, we are left with the following primary question: Why specifically here, regarding the building of the Mishkan, was it so important for Moshe and the nation to agree to accept the supervisor and overseer of this sacred project?

When the Tribes of Israel traveled, Yehuda was first (Bamidbar 2,3-9), and Dan was last (verses 25-31). The Betzalel-Oholiav cooperation in the Mishkan construction between these two tribes, the first and the last, transmits a very important educational message. It signifies the joining together of the entire nation of Israel, from the first tribe to the last. Along the same lines, the very construction of the Mishkan and the vessels within it was enabled only by the contributions of the entirety of Israel, from the most senior to the youngest and smallest.

With G-d’s announcement that His Divine Presence would dwell in Israel via the Mishkan, it became critically important that all of Israel be partners in its construction – both in their contributions and in the overseeing of its construction. But it is still not clear: Why was the nation’s consent required for Betzalel’s appointment?

When we compare the way Betzalel and Oholiav are introduced to us in the Torah, we note a major difference: Betzalel’s lineage is listed up to his grandfather, while Oholiav is listed only up to his father.

In general, the Torah mentions people by their name and that of their father. In the list of princes in Parashat Bamidbar, for instance, we read of Elitzur ben [son of] Shdeiur of the Tribe of Reuven, Shlumiel ben Tzurishadai of Shimon, etc. This is how Oholiav is mentioned as well: Oholiav ben Ahisamakh of the Tribe of Dan (Sh’mot 35,34). But regarding Betzalel, we are told not only his father’s name, but also that of his grandfather: Betzalel ben Uri ben Hur of the Tribe of Yehuda. Why must we know that Betzalel’s grandfather was Hur?

We first learn of Hur’s greatness from the story of the war with Amalek. Moshe Rabbeinu chose his brother Aharon, together with Miriam’s son Hur, to accompany him to the top of the hill. From there, they led the war effort, as is written:

Moshe, Aharon and Hur ascended to the top of the hill... Moshe’s hands were heavy, so they took a stone and placed it under him, and he sat on it.

Aharon and Hur supported his hands, one from this side and one from that side; he remained so, with his hands in faith, until sunset. (Sh’mot 17,10-12)

Hur was certainly one of the great spiritual leaders of Israel, together with Aharon HaCohen. When Moshe ascended Mount Sinai to receive the Torah, he again turned to Aharon and Hur, and they substituted for him, as the Torah tells us:

Moshe went up to the mountain of G-d. And to the elders he said, “Wait here for us until we return to you. Aharon and Hur are here with you;
whoever has an issue should go to them.” (24,13-14)

In light of all this, it is very hard to understand what happened after the Sin of the Golden Calf. Moshe descends from the mountain, breaks the Tablets of the Law, and immediately approaches Aharon and asks for an explanation for this terrible sin. Why only Aharon? Hur and Aharon were together; where is Hur now at this difficult hour? Why does Moshe not turn to him? The Sages of the Medrash provide the answer:

When the Children of Israel sought to construct a golden calf, Hur stood up and said, “Do you not remember the miracles that G-d did for you?” They immediately arose and killed him. (Sh’mot Rabba 41,7)

The righteous Hur reproached Israel for their bid to worship an idol, and their response was to kill him. This is hard to grasp: Is this how people in Israel treat one of their top leaders, one who was chosen to help Moshe oversee the war against Amalek and to accompany him part-way up Mount Sinai?

The answer is that Hur was appointed by Moshe Rabbeinu without any consultation with the people. At least some of the people felt no obligation at all to follow Hur’s advice – and certainly not when he stands in the way of their deep-set desires. Thus, in the end, averah goreret averah, one sin brings about another: The sin of the Golden Calf, during which Hur tried to stop them, led to the murder of this leader whom they had not chosen.

Some of our Sages explain that the very act of building the Mishkan served to rectify and amend for the Sin of the Golden Calf. How so? When Moshe didn’t descend from Mount Sinai when they thought he should have, Bnei Yisrael felt the need to see something concrete and tangible to which they could bow down. The Mishkan and its vessels filled this need – and, as opposed to the Golden Calf, which was totally foreign and man-originated, it was commanded by G-d! The Divinely-mandated Mishkan was thus the rectification of the Sin of the Golden Calf.

With this in mind, then, it is vital that the people – whose sin is being atoned for – give their consent to the man who is to oversee the Mishkan’s construction. This is so that everyone will accept his leadership, and the building of the Mishkan will be carried out in accordance with the national will.

We now understand why Betzalel’s lineage is attributed all the way up to his famous grandfather Hur: to remind us that the nation must approve the choice of its leaders.

Let us also take note of the following hint:

Wherever this interesting phrase of קריאת שם, “calling by name,” appears, it refers to repair, rehabilitation, and rebuilding. The source for this is in the Book of Ruth, which we read on Shavuot:

The women said to Naomi: “Blessed be G-d who has not left

you today without a redeemer, that his name may be called in Israel.”

The neighbors called the baby a name, saying,

The birth of Oved to Ruth marked the rebuilding of Naomi’s broken family. This “calling of a name” truly heralded hope for family continuity and reconstruction.

Levirate marriage plays a similar role. When a man marries his brother’s childless widow in order to “build up” his brother’s name (D’varim 25,9), the Torah emphasizes that the offspring of this marriage shall be named after his deceased uncle, the mother’s first husband. Again, this builds up the heretofore broken family. Here as well, the “calling by name” of Betzalel is a reconstruction of the terrible ruin that followed the murder of his righteous grandfather, Hur.

The Gemara (B'rachot 55a) tells us about Betzalel’s extraordinary qualities:

The Torah states regarding Betzalel: “G-d filled him with חכמה בתבונה ובדעת, wisdom, understanding, knowledge, and all manner of work” (Sh’mot 35,31), and regarding Creation, we read, “Hashem founded the earth with חכמה, wisdom; established the heavens with תבונה, understanding, and the depths were split בדעתו, with His knowledge.” (Proverbs 3,19-20)

A seemingly strange teaching… which we can explain as follows: Wisdom, understanding and knowledge are the letters and the strengths with which the world was created. Betzalel was graced with wondrous qualities, and he utilized them to build G-d’s Tabernacle. This confirms that which we have learned in the past, that the building of the Mishkan paralleled the creation of the entire world. This is why G-d’s “rest” on the seventh day of creation finds expression on our Sabbath day, when we cease all work activities having to do with the building of the Mishkan. (The forbidden categories of Sabbath work are derived from the work that was done for the Mishkan).

Furthermore: Betzalel knew how to join heaven and earth. The heavens symbolize exalted spiritual content, and the earth symbolizes a vessel to receive this spirituality and actualize it. One of Betzalel’s most blatant qualities was his ability to combine lofty spirituality with the material means to actualize it. It is no simple task to build a man-made model that will represent the entire G-d-made universe!

Moshe Rabbeinu was totally and completely connected with the spirituality of G-d’s word. Betzalel, on the other hand, knew how to put G-d’s word into practice. Moshe needed a man who could implement this complex task of building a Tabernacle Tent of Meeting in the most exalted manner. This man, of course, was Betzalel – the man who knew how to join the Divine Presence with the Mishkan, how to combine heaven and earth, and how to join the entire Nation of Israel to each other in true partnership, for the purpose of constructing a pure and exalted “home” for the Master of the Universe.