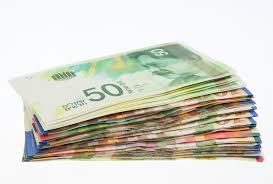 The weekly portion of Chaye Sarah begins with the negotiations for Avraham's purchase of a plot of land – the site of the future Machpelah Cave in Hevron – in which to bury his wife Sarah. But the way in which Avraham and Efron the Hittite conduct these negotiations is very strange indeed. To highlight the oddness of this exchange, let us quote a Medrash (Medrash Tehillim 12):

Lentils were expensive in R. Yonatan's neighborhood. He asked his relative in a different city how much they cost there. The relative said, "Whenever you want lentils, come to me and I'll get you as many lentils as you want, at a cheap price."

This story illustrates the most basic rules of business: Where there is great demand, the price rises, and where there is too much in supply, the price decreases. In addition, the buyer always derides the merchandise, while the seller praises it. As King Solomon teaches in his Book of Proverbs:

Now let us see how these basic principles are played out, or not, in Avraham's purchase of the Machpelah Cave. Both the buyer and the seller seem to behave in precise contrast to the normal rules of business. Avraham, the buyer, starts off by declaring how important the field is to him: "Let Efron give me his Machpelah cave at the edge of his field, for the full price." (B'reshit 23,8-9)

Efron, on the other hand, is willing to give not only the cave at the edge of the field, but also the entire field – and all for free! As he said to Avraham: "No, my sir, listen to me: I have given you the field, and the cave in it." (verse 11) Does Efron want to make money, or not?

Apparently, Efron was actually a shrewd businessman, and took this approach in order to sell Avraham both the field and the cave. That is to say, after Avraham inquired about the cave, Efron cleverly proposed the field as well, and both for free – and from that point on, the negotiations dealt with both the cave and the field.

In the end, in fact, Efron manages to unload not only both the cave and the field, but also the entire area around the cave – and all for a trumped-up price. As is written: "The field, and the cave within it, and all the trees in the field all around it, went to Avraham as an acquired possession." (verses 17-18)

In any event, why does Avraham respond by offering "the full price," when Efron seems willing to offer it for free? Furthermore: Even after the very steep price of 400 shekels is agreed upon, Avraham makes sure to pay in valuable, high-quality coins: "Four hundred silver coins, in negotiable currency" (verse 16). Why is Avraham being so overly-generous?

Another question: Further on in Parashat Chaye Sarah, Avraham sends his servant Eliezer to find a wife for his son Yitzchak. After Eliezer sees that his mission has succeeded beyond his expectations, he responds with thanks to G-d and bows down (24, 26). Eliezer repeats this natural reaction and bows down a second time when he hears Lavan and Betuel agree to allow Rivka to leave for Eretz Yisrael and marry Yitzchak: "When Avraham's servant heard their words, he bowed down to the ground before Hashem." (verse 52)

We can be certain that Eliezer learned the importance of thanking G-d from his master Avraham. This is precisely why it is so puzzling to see that Avraham himself, in response to the generosity of the Hittites, does not bow down before G-d, but rather before the people! And not once, but twice – first to the Hittites for their graciousness (verse 7), and then again to them after Efron offers the field for free (verse 12). How can it be that the servant bows down before Hashem, while Avraham Avinu himself makes the same gesture to the flesh-and-blood Hittites?

Our two questions, then, concern Avraham's great generosity and submissiveness towards the Hittite nation. What motivates Avraham to act this way?

"Take All the Goods for Yourself"

Avraham Avinu declares, wherever he goes, that there is a King in the world and that the entire world is filled with His honor. This is his mission, about which we read in Parashat Vayera:

The eshel that he established is actually an early version of today's highway drive-by rest areas. He put it up for the comfort of passers-by, so that they would stop there and be taught the existence of the Creator and Master of the Universe.

Because teaching about G-d was his goal, we understand why he refused to accept the proposal of the King of S'dom, who suggested as follows: "Give me the people, and the goods take for yourself." (14,21)

Avraham said no, vowing not to take even the slightest amount from him:

Not a thread to a shoelace will I take, nor anything of yours,

Avraham could not allow a situation in which the King of S'dom would say that he had enriched Avraham – for this could undermine the entire mission he had taken upon himself. The idea that money and riches belong to a mortal who can dole them out as he pleases is contrary to Avraham's entire message!

This is why Avraham, in refusing the offer, swears in the name of "the Master of the heaven and earth" - to emphasize that the whole world belongs to G-d and is in His dominion.

Incidentally, Avraham's reward for sanctifying G-d's Name by turning down the King of S'dom's offer appears in a prophecy recounted in the very next chapter. Hashem informs Avraham that his descendants will be enslaved in Egypt, but promises that they will later "depart with great wealth" (B'reshit 15,14). This same focus on property appears again when G-d revealed Himself to Moshe in Egypt: "I will place this nation's grace in the eyes of Egypt, and when you depart, you shall not depart empty-handed." (Shmot 3,21) In short, in exchange for Avraham's passing up the great riches of S'dom, his children, the People of Israel, will later inherit the wealth of Egypt.

To return to our topic: Why did Avraham insist on paying for the Machpelah cave? Because he wanted to assure, both for himself and his future descendants, that his family's first hold in the Land of Israel would not be tainted by even a small claim of Canaanite or Hittite ownership. He dared not allow a situation in which that which was Divinely promised to him and his offspring might be legitimately claimed by others. He therefore made sure to pay the absolute full price, leaving no outlet for Efron to claim that he still retained even the slightest piece of it. This goal could be achieved only by paying a sum that would cause Efron to brag to his friends and neighbors about having sold it, in its entirety, for such a high price.

In addition, there could not be a situation in which others might claim that they had granted Avraham a burial plot in Eretz Yisrael (just as Avraham did not want the King of S'dom to say he had enriched him).

And yet, despite the high price Avraham paid, the Hittites could still brag about how generous their offer was, and how nice they were to Avraham, and that Avraham must be grateful to them! Therefore, so that no trace of such feelings should be retained, Avraham made sure to thank them fully by bowing down.

In other words, precisely in order to ensure that all true thanks go to Hashem, Avraham made sure not to owe them even a "thank you." He pays in full, thanks them, and G-d then remains the only address for true gratefulness and appreciation.

This idea is alluded to by the number of times that Eliezer, Avraham's servant, bowed down to G-d. Avraham, we saw above, bowed down twice before the Hittites (with the ultimate purpose of showing thanks to G-d), and Eliezer bowed twice to G-d: once when he discovered that Rivka was of Avraham's family, and once when it was decided that she would return with him. Eliezer thus emphasizes that he learned from Avraham the concept of attributing success to Hashem. He begins his mission to find a wife for Yitzchak with these words: "I am Avaham's servant" (24, 32) – as if to say, "Everything you see in my behavior, I have learned from Avraham. If I bow down repeatedly in thanks to G-d, it is because of what I learned from my master."

This lesson of the purchase was learned many centuries later by King David, when he came to purchase the future site of the Holy Temple from Aravna the Jebusite. Though Aravna offered it to him for free, David insisted upon paying:

King David felt that it was incumbent upon him to detach the site from Aravna completely – by paying a high price, such that Aravna would happily and whole-heartedly separate himself from it.

Voluntarily, or For Pay?

The central concept that we have learned can be found in a Talmudic dispute between R. Yosi and the Sages (Tr. Shekalim, 4,1). The Mishna discusses grain that grew during the Shemittah year (from seeds of the previous year) and which is to be used for the Omer offering in the Temple. The problem is that during Shemittah, all the fields are hefker¸ i.e., available for everyone to take. How, then, could it be ensured that oats would remain for the Omer offering?

The answer is for the Temple to hire guards to protect a specific field and make sure that no one takes its grain. The guards were paid from a special fund in the Beit HaMikdash, comprised of contributions from the public. Since the Omer is a "public sacrifice," those guarding it must be paid from communal funds.

What happens if one of the guards wishes not to be paid, but rather to volunteer for the job? R. Yosi says this presents no problem, but the Sages say it is forbidden. We must certainly explain why the Sages would not allow someone to volunteer his services on behalf of the Temple.

Based on what we have learned, the answer is clear: If the volunteer guard retains even the slightest sense of pride in having done this for himself, or having done it on his own, then the sacrifice will be of an individual, and not of the public, despite his having "volunteered."

This returns us to Efron and the Machpelah Cave. If Avraham had not paid full price for the cave, thus leaving Efron with even a small feeling that he had "given" the cave to Avraham in any way, this would be a major setback in terms of the message that Avraham, commensurate with his high level, was trying to teach the world.

Instead, Avraham paid him a high price – so that Efron could take pride in his money, but not in having given the cave to Avraham. Avraham can thus continue to spread the as-yet unknown message that the world is G-d's:

לַה' הָאָרֶץ וּמְלוֹאָהּ תֵּבֵל וְיֹשְׁבֵי בָהּ
The earth and its fullness is G-d's; the world and those who inhabit it. (Psalms 24,1)